“The Knights solemnly vow to worship the Supreme Being, show tolerance towards all religions, loyalty towards their princes, support the needs of their military, the poor, widows and orphans.”

The Order supports its original mission of tolerance by being one of the most inclusive Orders in the world. In addition to religious tolerance, whereby members of any faith can be admitted as a member of the Order, it has extended that mission of tolerance to a broader socially progressive mandate and welcomes individuals regardless of faith, gender, race, nationality, class or sexual orientation. It stands resolutely opposed to sectarian violence and religious extremism in any form.

The Order of Saint Joachim supports various charitable works both locally and around the world. For the past ten years Grand Chapter, the Order’s international governing body, has supported Opportunity International, one of the oldest microfinance charities in the world. Founded in 1971, Opportunity International provides access in the developing world to small business loans, banking, financial literacy, insurance and training to over five million people working their way out of poverty. Clients in more than 20 countries use these financial services to start or expand a business, provide or their families, create jobs for their neighbours and build a safety net for the future. It has chapters in Canada, the USA, and the UK, which makes it ideal for an order with an international membership like ours.

By 2020 The Order of Saint Joachim had donated or assisting in raising over $250,000 for Opportunity International.

Each of the Order’s Commanderies also operate their own charitable projects and funds. In 2015 the Canadian Commandery sponsored a “Giving Back Gala” which raised over $120,000 for Opportunity International. The Canadian Commandery also holds an annual charity wine and spirits night and has made donations towards Syrian refugee settlement, financial support for First Nations, Inuit and Métis students across Canada to assist them in completing their post-secondary education, cadet organizations, and women’s shelters. 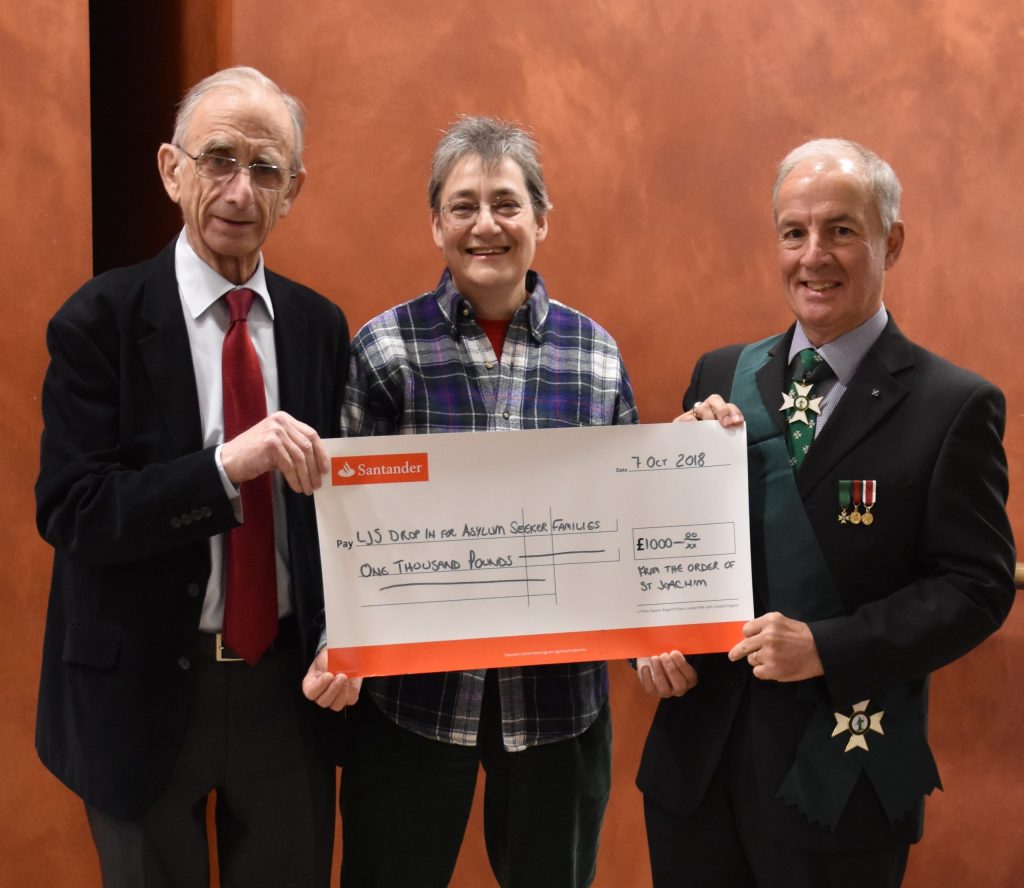 The United Kingdom Commandery has supported many local charities. Recently the UK Commandery’s charitable fund has made several substantial donations to The Liberal Jewish Synagogue for its Asylum- Seekers Drop-In program. Donations have also been made to the Medway ‘Emmaus’ community which which supports homeless and socially- disadvantaged people, and to L’Arche, a charity which offers homes, programmes and support networks for people with developmental disabilities. Hannah’s Holiday Homes has also received funding from the UK Commandery. Hannah’s Holiday Homes provides recreational get-aways for children with serious and terminal illnesses. The UK Commandery has also made donations in support of both Portsmouth’s Garrison Church and HMS Victory’s restoration fund. The UK’s Newham Cornwell VC sea cadet unit also receives regular donations from the UK Commandery, and provides an honour guard at our investitures.

2015 marked the 25th anniversary of His Excellency the Most Reverend Douglas Lewins GCJ as our Grand Prior. To commemorate this milestone the Order made a donation of £5,000 towards a charity chosen by him in support of neuro-degenerative research. The UK Commandery of the Order of Saint Joachim is also a fully registered UK Charity (registered charity No. 1047873) to carry out its charitable work there.

In Canada, The Order has established The Noble Hearts Foundation, a Canadian Registered Charity under Charitable Registration Number 83471 3000 RR0001.

The members of The Equestrian, Secular and Chapterial Order of Saint Joachim raise funds in order to contribute to worthy causes around the world. The Order prefers to make contributions directly to small, grassroots charities that are otherwise overlooked and where The Order’s donation will have the greatest impact on people’s lives. These traditionally include charities that support the homeless, ex-servicemen, hospitals and children’s charities. 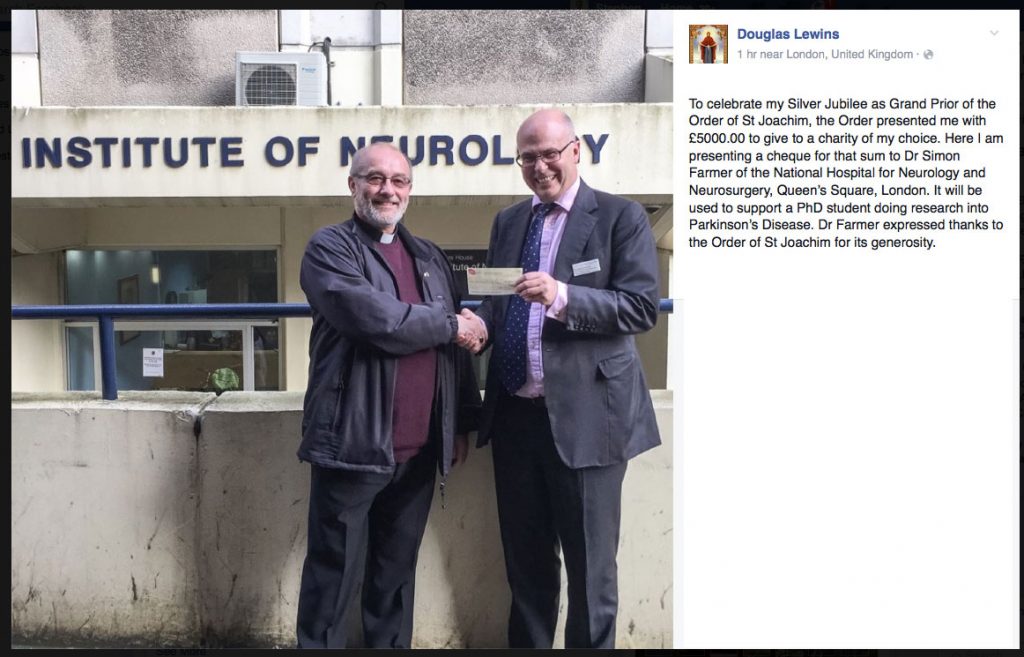 No one at The Order of Saint Joachim draws a salary, fee or honorarium, or receives any funds from The Order. Officers and members cover their own travel and other costs in attending or supporting events. This allows all entrance fees and annual oblations to be available for very modest general operational expenses (postage, web hosting, replacement insignia, etc.) with the balance available for charitable purposes. The Order of Saint Joachim is proud that it consistently maintains low operating costs – usually under $500 per year, excluding occasional expenditures to replenish insignia stocks, so that funds remain available for its charity work.

The Order also occasionally recognizes and encourages charitable work and good deeds through the granting of its awards and distinctions to deserving members of the public.

The Order of Saint Joachim

Founded in 1755 to promote tolerance and care for the less fortunate.